A Look Back at: Dishonored (Spoilers)

So it took me a long time to finish my very first play through of Dishonored, I think thats partly down to my play style. I knew stealth would be too easy, and just fighting through the enemies offers little challenge unless I was playing on a harder mode. However as with most games that try to walk this black and white line of do good/bad I decided to try and be the most stealthy serial killer. Essentially imagine being Ezio from Assassins Creed but having the violent tendencies of Mr. Hyde ripping through enemies and you’d get a general idea.
The main game mechanic at play here is the Good vs Evil debate of how you choose to play and for me there was one particular bit that made up my mind. You play Corvo, a man wrongly imprisoned for a crime he didn’t commit, very much a wrong place, wrong time cliche, but thats fine. Your first act as Corvo is to break out of prison and this involves getting past all the guards. Its your choice obviously kill/sneak past. Initially I chose kill given that I was to be executed for a crime that I obviously didn’t commit, yes unfortunately vengeance was in the forefront of my mind. So I hacked and slashed my way through.
This posed very little of a moral quandary until I got to part 2 of the break out; escaping through the sewer. This is where I found one of the many notes you’re bound to find spread across Dunwall. In this note a man told a short story of how he and his wife couldn’t buy enough elixir to live on and that hopefully the fire they lit would keep the rats at bay. Very sad, I’m sure you’ll agree. However what really got me was that when I put the note down and turned to leave there I found huddled together as lovers would these 2 people. I knew the more I killed people the more the disease would spread and I would be subjecting the innocent civilians of Dunwall to a plague that would kill them en mass.
However after a quick peek at the achievements I realised that I’d already discounted myself from several of the available challenges and thought to myself “Screw it, onward and downward in my spiral of death and depravity – but, this couple warrant a 2nd, peaceful playthrough”. In that moment the writers had already convinced me to play peacefully but the real world satisfaction of achievements meant I had to do this twice… So be it.

The game does have many fun little minor changes between good and evil choices made by the player. Its a wonderful system that pays off, but maybe you won’t realise until you too have played a 2nd more drastically different playthrough. However before I jump into some of the fun facets of the Good v Evil outcomes, one of the things the game does is something that even larger developers with bigger games have done and it never works.
At the beginning before you’re imprisonment you must meet the Empress and her Daughter Emily. Through reasons that are later explained the Empress is killed and her daughter kidnapped right in front of you and you are left to take the blame. Now I have a problem with  this. As a player I’m meant to have some sort of attachment to the Empress and Emily, these 2 women I hardly know and they instantly go and kill one and `remove` another. Why should I care? I don’t know these people, I haven’t had time to build an actual immersive relationship with these people enough to care that they’re gone. It comes across as more of a “…Oh, tough shit” scenario not a “Oh my god NO!” moment that the writers clearly want me to have (fallout 3 did this with the Users Dad). Its unfortunate that writers keep seeming to think that I’ll care if someone I don’t know but am supposed to, dies. It just brings me out of the experience.
However you do build an emotional bond to Emily through the game later as you see her change with what’s gone on, but the fact that I’m punished so unfairly is a better emotional `hot poker` in order to get me taking action.

So the repercussions of Good vs Evil are one of my favourite tiny mechanics at work here. For instance if you kill everyone you come across when you do talk to Emily later in the game she’s far more dark and emo, at one point she draws a picture and on an Evil playthrough you see something that I’d imagine Damien the Devil Child would create, however on a Good playthrough Emily draws sweet child crap like Rainbows (Don’t think any of the writers stretched their imaginations there, but still its a nice touch).
Also part of the Game involves your use of `magical` mystic powers given to you by some spectral being called simply “The Outsider” (which does sound like a nickname given to the weird kid at school with a snot bubble). On a Good playthrough he appears as he did the very first time you saw him, however after slaughtering your way through Dunwall for the 5th time he appears more darkened and a scarier being overall which is probably the most appropriate thing. 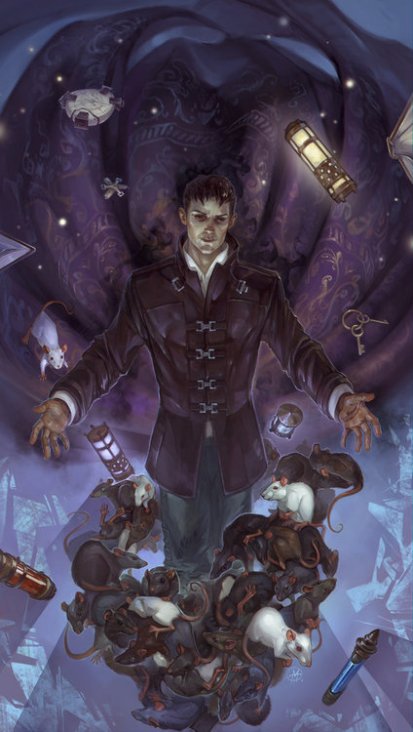 I know I said the couple in the sewers made me want to be good, but in reality I think a larger part of being good was put upon me when my side-kick in crime Samuel (who ferries you to each mission, has wise words for you and seems an all round nice guy) told me at the beginning of the last mission I was the worst of everyone, betraying, scheming and killing. It was a surprising blow to take. I could barely believe it, the man whose helped me so much and always seemed to have something nice to say, the man who will save you at one point, just told me to get out of his boat and leave. Its like when your parents said they weren’t mad but just disappointed in you. I purposefully played a 2nd playthrough on peaceful, for an unfortunate couple and the validation of a simple old boatman. I feel it is the tiny things in games such as these, that make them great.

I feel Dishonored overall is an average game, but upon close inspection and a 2nd play though it certainly grows on you as a player and with some interesting DLC coming in about 5 hours, dealing with a mysterious man called the Daud you get to meet toward the end of the game its certainly worth a couple quick play throughs I feel.
8/10, Thanks for reading. 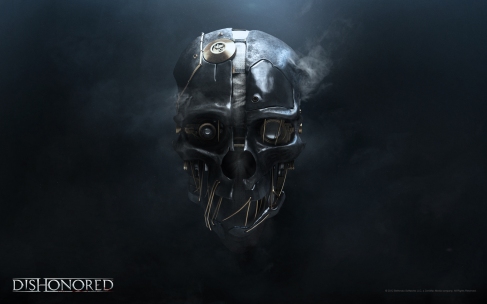 Twitch Streamer, Youtuber, Blogger, Marvel-eer, Vaas' Psychologist & Vault Hunter. Truth be told, I'll probably be putting my writing excerpts here, Some Youtube videos that I'm either very proud of or feel people should see. Maybe Updates to or about my Stream on Twitch and any ramblings I have about either the Dredd & Riddick Films as they're badass as all hell
View all posts by willza99 →
This entry was posted in Gaming and tagged Assassins Creed, corvo, Dishonored, Downloadable content, Dunwall, Emily, Empress, evil, first person, G vs E, game, good, havelock, Knife of Dunwall, mystical, outsider, pendleton, piero, powers, review. Bookmark the permalink.